Already have an account? Login here.
Thank you! Your submission has been received!
Oops! Something went wrong while submitting the form.
Home
/
FElix's Library
/
Tales from the Woods 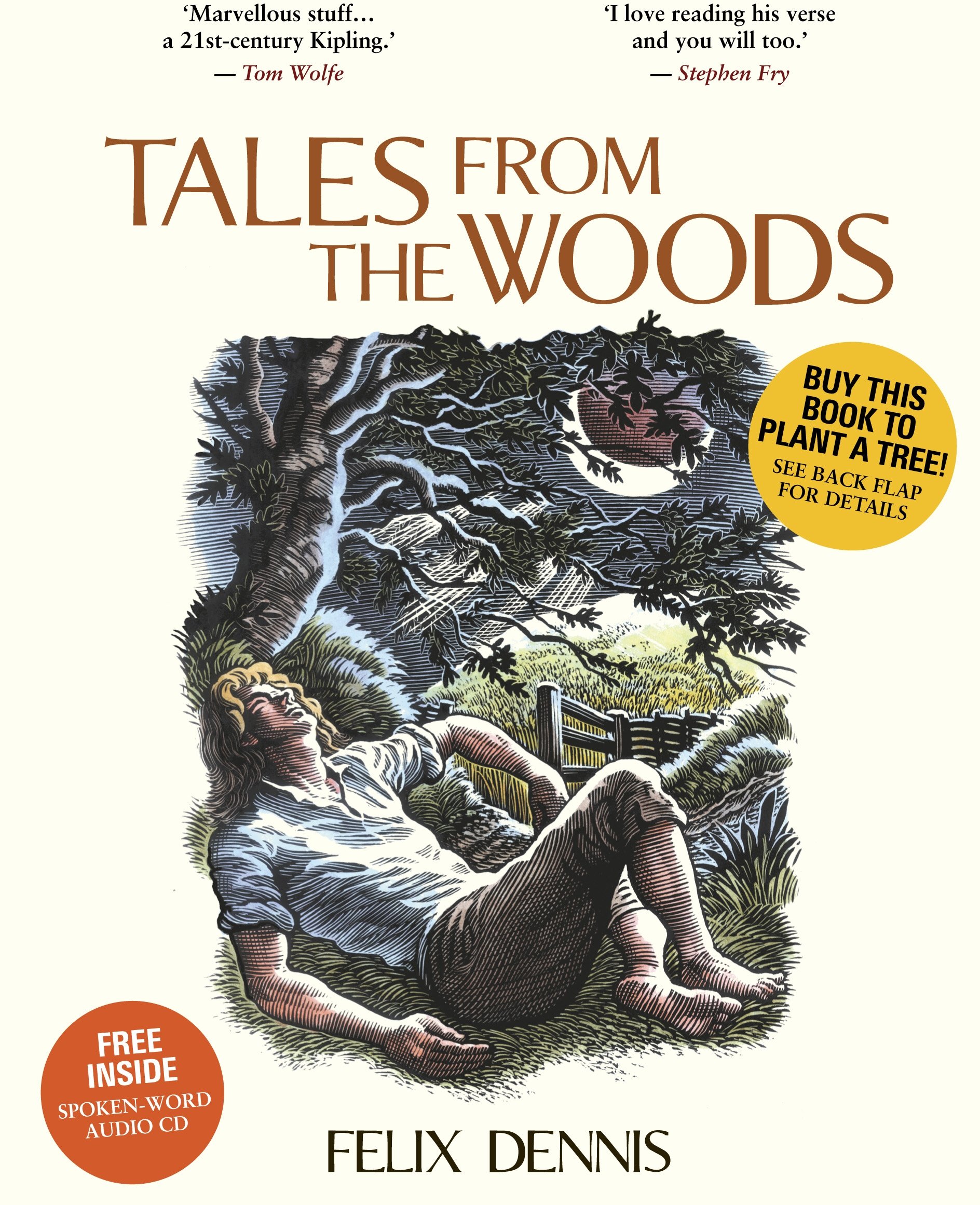 Tales from the Woods

Tales From The Woods is a thrilling, impassioned hymn of praise to trees and the English countryside from one of our best-loved poets.

His eye misses nothing — from the quality of light in early morning to the joyous exuberance of young birds learning to fly; from a hornbeam’s delicate shades of green in spring to the ‘kamikaze’ obduracy of ornamental maples refusing to shed their leaves in November gales. Here is ‘Mrs. Fox’ making a home for her cubs in an abandoned cellar; a spider attacking a sea-green dragonfly caught in its web; an apple tree that has learned to ‘walk’; and the terrible curse of a veteran tree marked for felling.

"In response to questions I’m often asked at poetry readings, I offer the following apologia. Readers may wish to bear in mind Christopher Morley’s definition of poets as ‘those with the courage to leave ajar the door to madness"
— Felix Dennis, A Note On Poems

Beautifully illustrated by Bill Sanderson throughout, Tales From The Woods will be greeted with delight by all lovers of trees and the countryside — and especially by those who have already fallen under the spell of a poet described by one eminent critic and author as ‘a 21st-century Kipling’.

Whispered the Rowan to the Oak

Of Flowers We Sing

Place a Mirror by a Tree

School Outing in a Deserted Hamlet