Already have an account? Login here.
Thank you! Your submission has been received!
Oops! Something went wrong while submitting the form.
Home
/
FElix's Library
/
No Holds Bard 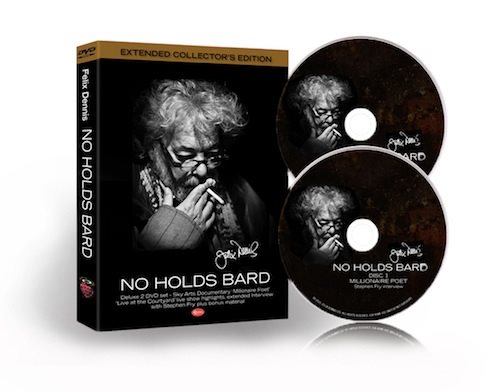 A deluxe 2 DVD slip-case edition of the Sky Arts documentary 'Millionaire Poet', first shown 2012, in a special extended 67 minute version. Together with highlights from Felix Dennis: Live at The Courtyard Theatre, Stratford-Upon-Avon, plus other extras including the last in-depth interview with Felix talking to broadcaster Stephen Fry, an extended conversation between Felix and veteran broadcaster Jon Snow, and contributions from poet Benjamin Zephaniah and novelist Tom Wolfe.

The Summer of Love

Love Came to Visit Me